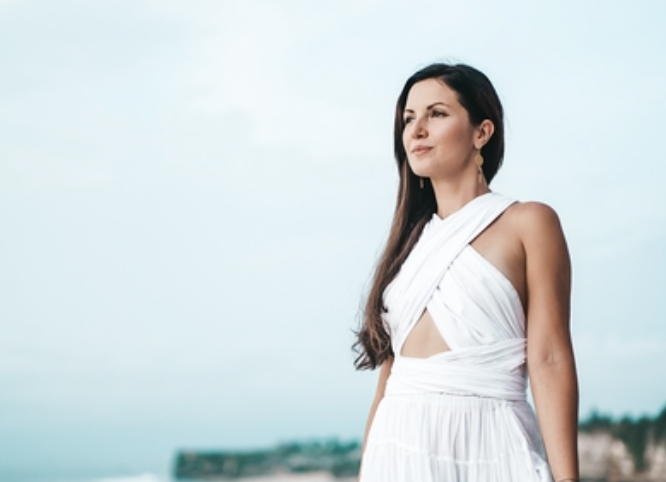 But to Livia, all these solutions stem from the third dimension of consciousness. If we want to achieve our best versions of ourselves, we need to shift to a new timeline of quantum consciousness.

Read on to learn more.

Livia Devi is a messenger of the Arctuarian council of light, a higher civilization that exists beyond our realm and operates in the 5D/7D dimension of consciousness. She is an earth leader, a mentor, and an entrepreneur of the 3D/7D multidimensionality. Livia helps people achieve a higher level of consciousness by taking a deep journey of self-discovery and self-realization.

Prior to starting an entrepreneurial journey, Livia was working for big IT corporations. As a high achiever, she was always looking for ways to achieve better. She found herself struggling with burnout. However, Livia became awakened and found herself entering a different journey of awareness to spirituality.

Livia went through a healing journey which she calls the dark night of the soul. She transitioned from the third dimension, where she believes most people are. This is a dimension where we are slaves to our physical realities. We have an old paradigm of time and space. Livia shifted to a 5D dimension of consciousness, where she became a channel of life and energy. In this higher dimension, she’s able to transmit messages from the Arctuarian Council of Light to us.

Shifting to a New Timeline of Quantum Consciousness

Livia teaches that anyone who wants to become the best version of themselves or realize their inner desires must shift to a new timeline of quantum consciousness. This timeline requires you to align with what Livia calls the 11.11 portal energies of manifestation. The 11.11 is a sequence in which we all have star-cit lightworkers, way-showers, and conscious creators in our DNA that we are born with to remember our soul memory. Quantum consciousness is a process where you align with your higher self and your heart’s consciousness.

The 11.11 portal opens within you, and it brings a soul memory back into your consciousness. You become awakened to your mission on this planet and how you are merging with all aspects of your life and your stages of integration in your evolutionary process. In addition to this, you become awakened to your purpose on earth and the energies you are co-creating within the physical.

Livia’s teachings on quantum consciousness are vital for those who want to usher in a new era of human evolution. These teachings are vital for those who want to awaken to their soul purpose on this planet and start living from the heart. You can learn more about shifting into a new timeline of quantum consciousness by checking out her content on Youtube or via her website.

How to Get Prescription Acne Solutions from Home

What Is Auto-Brewery Syndrome?

Find The Balance, Peace, & Body To Match Your Business