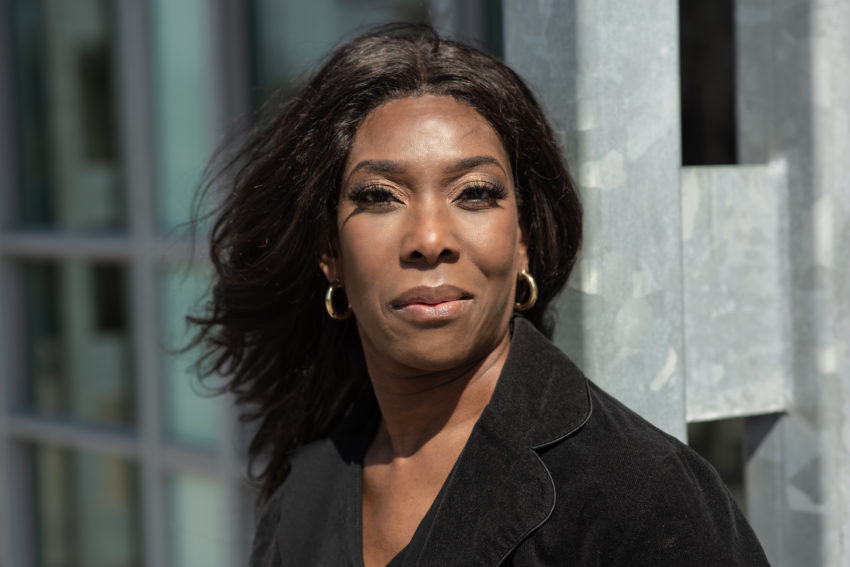 It is human nature that people will experience anxiety and sleepless nights from painful events that happened in the past. Most people are left haunted by life-changing events that shook their world. They are having a hard time shaking the past and leaving it behind to move forward. Why is that so?

Life empowerment coach Rose Young shared that people fail to shake off the past because they let themselves be controlled by the past. “Most people dwell on the past instead of learning from it. The mind usually focuses on what they should have done or should not have done rather than focusing on what they can learn from that bad experience,” Coach Rose said.

Coach Rose is very familiar with the ordeal faced by these people. She was once in their shoes. Before Coach Rose became empowered, she was miserable, angry, and bitter about why those unfortunate events happened. However, as she went through those dark periods in her life, she found a way to unleash her God-given potential to move with confidence into her destiny. Now, she wants to impart valuable lessons from those bitter experiences to guide other people in overcoming the past.

Who Is Coach Rose?

Coach Rose is a Master Coach with multiple coaching certifications in various areas of the industry, such as certification in leadership and business coaching. She is also a known affiliate of America’s Best Confidence Coach, Dr. Keith Johnson, and the Destiny Coaching Group.

As a life empowerment coach, she helps many people from overcoming the past. She guides them to rise out of their brokenness and pain to become empowered individuals. She pushes aspiring leaders to grow their businesses and pursue their dreams.

Coach Rose is also a powerful speaker and accomplished writer who compiled an anthology that became an international best-selling book. Before becoming a life empowerment coach, she worked as a certified Cardiologist Technologist and a part-time Personal Health Care Worker for many years.

Painful Events In Her Life

Thirteen years ago, Coach Rose was driving her car on her way to work when an unfortunate event happened. She got involved in a collision of three vehicles. It left her with bruises on most of her body.

Coach Rose sustained injuries in her neck, left leg, and back. “I suffered many injuries in different parts of my body. But the worst of it all was my injury on my lower back,” Coach Rose said. She had to endure excruciating pain in her lower back. “The pain was so severe that for five minutes, I cannot walk, sit, or stand before changing position,” she recounted.

A few years later, history repeated itself as Coach Rose found herself in another terrible road accident. “Four vehicles got involved in a road mishap, including my car,” she said. As a result, Coach Rose ended up losing her job. “Without any work, I can no longer afford to pay for my home, so I eventually lost it,” she continued. She found herself unable to support the needs of her children. Her friends left her at the lowest point of her life.

She began to doubt herself and lost her self-confidence. “I became anxious, lost, and depressed. I was constantly in extreme pain physically, emotionally, and spiritually. My brokenness was beyond broken,” she added.

“I thought I was living in a nightmare. I felt that my loss was irretrievable. I thought it was the end of the road for me,” Coach Rose narrated.

However, Coach Rose realized that everything happening to her is affecting her three children. She became aware that she was not only responsible for herself but her children as well. Coach Rose forgot that while she was walking in the dark, her children were also experiencing the same.  “As a mother, how can I let that happen to my children,” she said.

Coach Rose decided to rebuild her life and pull herself together. “At that point, I realized that my children are my why in life, and until today, they remain my why,” she said.

As she moved toward becoming well, she embraced the power of positive statements to overcome her brokenness. Every morning, she imbibed positive thoughts. “I spoke positive things to myself each morning to start my day on the positive side,” she added.

Moreover, Coach Rose began writing everything good about her life every day in her. “I have a What I am Thankful For List, which reminds me of the good things in my life,” she said. She also sought the help of a chiropractor to assist her in dealing with the constant pain and reduce the various medications that she was taking.

She firmly believed that she could do it – and she did. She gained control of her thoughts and moved with confidence into her destiny as a life empowerment coach.

Coach Rose invites everyone to learn how to practice empowerment to put them on the road to empowerment. She guides people to overcome their brokenness and pain and turn it into empowerment.

Coach Rose empowers other people with encouraging words by providing a glimpse of her survival story and testimonials from those who have successfully conquered brokenness. “I help them find clarity on what they want and see the possibilities. I urge them to have greater expectations of themselves. Once they have that expectation, they are empowered to follow their hearts and accomplish their dreams,” Coach Rose said.

Start your journey towards empowerment now with Coach Rose!

Stop Doing What You Hate and Do What You Love

How to Keep a Healthy Family Relationship during Pandemic